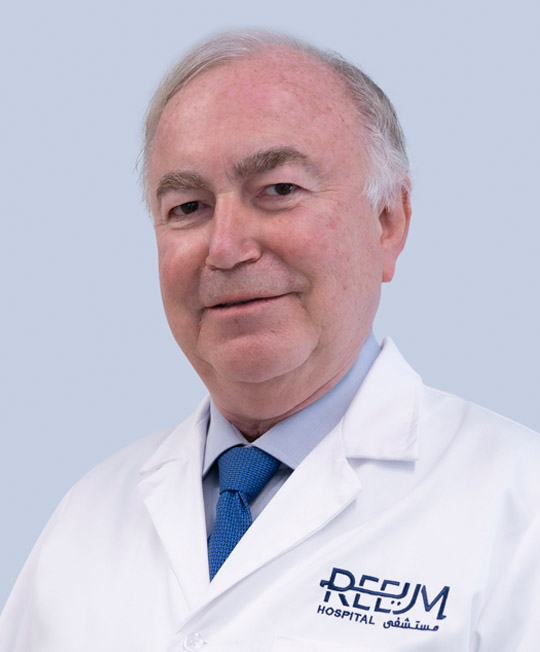 Dr. Philippe Neyret is a Consultant Orthopedic Surgeon at Reem Hospital specializing in degenerative knees and prostheses and knee surgery (ligaments, meniscus, patella, cartilage). He has outstanding, world-renowned experience in his field and has operated on more than 30,000 knees.

He was appointed Professor at the University of Lyon in 1994 and was Head of the Department of Orthopedics and Surgery. He was responsible for four national academic formations in France for 23 years and is a member and active participant of several medical societies.

Dr. Philippe has actively participated in the “Journées Lyonnaises de Chirurgie du Genou” in Lyon, Tunisia, Brazil, Algeria, and Morocco since 1987. He has held prominent positions as Chief Resident, Fellow, Head of Department, and Professor, and has published more than 500 peer-reviewed articles in his field and 200 between PubMed and books.

Dr. Philippe is very patient-centered and passionate about his field. His goal is to develop the industry in the Middle East in the field of total knee replacement and alternative treatments.